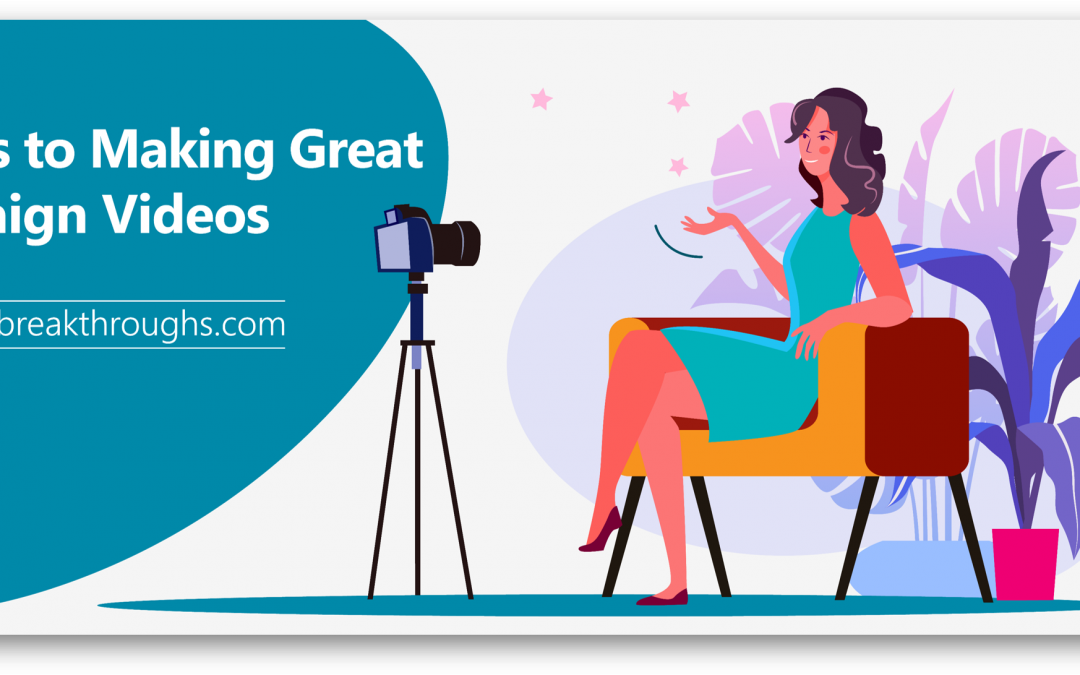 “Video is Crucial to Political Campaigns”

Digital media has made videos a mainstay in campaign marketing. From calls for fundraising, to profiles in leadership, to highlighting issues, videos have become the most popular way for candidates to communicate with voters.  Statistics compiled by 99Firms show just how much video we watched in 2020 on Facebook alone:

So videos work. In fact, videos dominate the attention of social media users. Whether you choose to film with your mobile phone, bring in a videographer to make a video for you, or a combination of the two, you have to make videos a priority in your campaign.  Especially after the impact of the pandemic, videos have emerged as a critically important marketing and communications tool for political campaigns.

Take 15 minutes to create your video plan.  Plans allow you to anticipate needs, clarify your message, and solve problems before they happen. I recommend that you include all twelve of the tips below as your checklist when developing your video plan.  Doing so will increase the chance that the video looks the way you want it to look, and to do what you want it to do.

2. Focus On The Story

Almost every candidate I have worked with has told me, “I work better speaking off-the-cuff.”  Yet in practice, that has never once proven true. Off-the-cuff people tend to ramble, miss important phrases, look away from the camera, and lose confidence, resulting in a big increase in the number of “takes” and an increased amount of time filming and editing…and if you are working with a professional videographer, this will increase your productions costs. I highly recommend using a teleprompter, even with selfies.  Teleprompters provide several advantages while filming:

Some mobile versions of teleprompter apps are free, though I recommend buying an app to take advantage of the wider array of capabilities. And any video producer worth using should have a teleprompter for your use.

Your environment makes up the “frame” that surrounds the primary image in a video.  The choice of where to film can make the difference between a “stunning” and “boring” frame. The sun is the best light source you can ever have, so I recommend picking an outdoor location(s), during the day, with minimal wind.  Pick a place that is related to your message (if you are talking about schools, have a background related to schools or children).  If you need to film indoors, make sure you have enough lighting, that voices do not echo or reverberate, and that the background is appealing to potential voters (see lighting and audio tips below).

One of the mortal sins of filming video is insufficient lighting. As I mentioned previously, the sun is the ultimate lighting source, so use it whenever possible. Just make sure you don’t have the sun to your back, as it can negatively effect your video image and adversely darkens the features of your primary image. For indoor filming, I recommend an inexpensive ring-light, which simply clips on to your phone and offers variable levels of illumination. Stand away from walls, especially white walls, so that you minimize shadows.  Videographers have professional lighting equipment and techniques to control the lighting and maximize the image.

The single biggest mistake made with selfie videos is ignoring the sound quality. Mobile phones use tiny, omnidirectional condenser mics that capture all of the surrounding sound. This is why you should check a room to see if sounds bounce around the hard surfaces.  If you hear this echo or reverb, lay down blankets and rugs to absorb the sound. For outdoor locations, if cars or pedestrian traffic are creating loud and distracting noise, then simply move locations. I recommend purchasing a mobile ready lavalier microphone. There are many inexpensive options including wired, wireless, and Bluetooth microphones that better capture the dialogue from the speaker and minimize the surrounding sound distractions. Absolutely worth the small investment.  Professional videographers should have the quality sound equipment and the skills to edit sound to make the audio perfect.

How many times have you watched a Zoom call where someone has their head cut off, or they are looking down at you, or you see them in any of a number of disturbing camera views that you scratch your head?  The angle of the camera matters, and for beginners, I recommend filming with the camera at eye level 100% of the time.  I also recommend framing your head in the upper two-thirds of the screen, just as we you see on television newscasts and interviews.

“Shaky Video, Shaky Candidate.”  Use a tripod, many of which are built for mobile phones and are relatively inexpensive. They come in various sizes, including shorter table-top versions. There are even combination tripod/ring light sets that are great for indoor settings.  If you need to be on the move while filming, I recommend using a Gimbal, which turns your phone into a steady-cam, resulting in smooth filming while in motion.

Solids are good. Whites are bad. Patterns are potentially disastrous. Use colors that accent your skin tone, your hair style, and contrast well with your background.  All too often I see candidates posting selfies while wearing wrinkled t-shirts, shorts and sandals.  I can’t think of any time where that type of ensemble is appropriate for campaigns. The 5 things you need to know about clothing while filming are:

In addition to the main shots, you will want to film extra footage, known as b-roll footage, to use as possible accent shots in your video, and can also be used to cover an awkward transition between two video clips.  In the example I mentioned earlier, if your video is focused on how you will work on economic revitalization, shoot short video clips (at least 10 seconds long) of people walking in and out of stores, empty store fronts, traffic, empty benches, vehicles in drive-throughs…you get the idea. Most of the mobile phones will allow you to shoot video in slow motion, so take a few shots of people or vehicles in slow motion…you will be surprised how smooth it can make your video look.

Experienced videographers and video editors will not only shoot b-roll, but also have access to tens of thousands of royalty-free stock video footage, as well as music, sound effects, stock photos and graphics. Their skill at knowing how to use these make a huge difference in the finished product of your video.

99 times out of 100, you need to edit. Often it is just cleaning up the front and back ends of the recording. In many places the law requires you to place a political disclaimer on the video. Here are basic areas to focus on when editing:

There are several free or cheap apps available to do rudimentary edits such as cuts, cropping, titles, color, and sound. The extra time that is taken to make simple edits can make a huge difference to how voters perceive your ability to be a detail-oriented leader.

I advocate for both. Selfies are great when you need the video to see things from your perspective, or in time-sensitive situations. If you are recording yourself during a protest march, or you run into a supporter on the street, or you are reacting to a critical newsworthy issue, then record the selfie, edit it, and share it.

Professionally produced videos are better for the majority of circumstances. You position yourself on a professional level and a leader to be taken seriously. If you want to tell your story clearly and effectively, I will almost always recommend using a video producer.

Yet no matter the way you choose to record your videos, make sure you post videos on a regular basis…your election might depend on it. 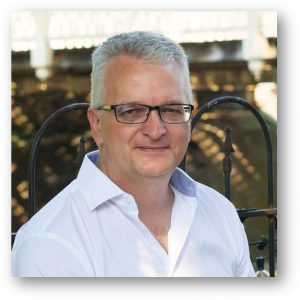 About the Author:  Michael Humphrey is the Founder of Visual Breakthroughs, providing video production, graphic design, and digital marketing services to political campaigns of all sizes. For more than thirty years he has managed and coached world-renown keynote speakers, and is an elected official in New Jersey. Mike provides candidates with personalized training in speech communications, platform development, digital campaigning, marketing, and campaign strategy, and has worked with numerous campaigns ranging from state races to municipal elections. Learn more at www.visualbreakthroughs.com/campaigns.